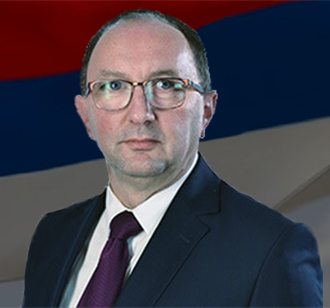 Ribnik as a settlement originated on the left bank of the river Ribnik, which springs a few kilometers south of the settlement. It received the status of the municipality of Ribnik for the first time in 1918. In the Kingdom of Yugoslavia was part of the Vrbas Banate.

By gaining the status of a municipality, Ribnik began to develop and today has the character of a stable and economically self-sustaining environment.

The municipality of Ribnik covers an area of 496 km2 and according to this characteristic is on the 23rd largest municipality in the Republic of Srpska. Geographically, the main stamp of this area is given by the mountains of the Dinaric Belt and the rivers Sana and Ribnik.

On the territory of the municipality there are springs of two mountain rivers Sana and Ribnik and two rivers Stanička and Banjica. The western parts of the mountainous terrain abound in a multitude of sources of drinking water. Most of these sources have not been used.

Retaining the snow cover until the beginning of summer has a positive effect on the feeding of watercourses in that area, but also on the intensive growth of coniferous forests in the first place. The majority of settlements in the area and thus industrial facilities are located around the river Sana, while the rest of the area is arable land, forest complexes, meadows, pastures and forest barren lands.

About 70% of the area of the municipality of Ribnik belongs to the hilly-mountainous belt, ie it is located at an altitude of over 500 m, and the rest is located around the main rivers. Altitude ranges from 260 to 1480 meters.

The municipality is rich in forests, water and untouched nature. Forests cover 32,000 ha or 64% of the municipality, which means that the municipality of Ribnik participates in the total wealth of RS forests with 13%. Almost all types of trees grow in the forest complex, and they are the most important and of the highest quality due to the geographical climate and the composition of the land of the high forest of fir and spruce, and high-quality beech, maple, elm, ash and linden. A good part of the municipality is overgrown with low forests with large plantations of coniferous crops with mostly pine content and smaller amounts of larch.

Mostly temperate-continental, especially in the lower parts where summers are warmer and winters are milder compared to areas with higher altitudes.

The amount of precipitation during the year is over 1000 mm.

While areas with higher altitudes have a mountain climate where winters are very harsh with large amounts of snow that lingers in some places until June.

The road Čađavica - Banja Luka leans on this road. This road leads to Banja Luka by a 50 km long mountain asphalt road.

An asphalt road of special interest to the Republika Srpska from Zableće to Vrbljani passes through the Municipality.

According to the 1991 census, there were about 7,430 inhabitants in 23 settlements in today's areas of the municipality of Ribnik, with an ethnic composition of 99.5% Serbs and 0.5% Muslims.

About 9,300 people with a similar ethnic composition now live in the municipality.

According to tradition, the population is mostly engaged and has work experience in forestry and wood industry, then in agriculture, and most of that in animal husbandry.

There are three primary schools and a high school center on the territory of the municipality. The schools are as follows:

Basic health care is provided in the public health institution "Health Center Ribnik". In addition, there are field clinics in Sitnica, Previja, Donji Vrbljani and Gornji Vrbljani. Specialist services are provided within the Health Center by visits of specialists from larger hospital centers.

The municipality opted for a model of family medicine, and in that direction a new facility of the health center in Ribnik was built, which should improve the quality of services to citizens.

Territorial organization of the Municipality:

The municipality is territorially organized in five local communities:

After 15 years of independent existence, the Municipality has acquired the character of an economically self-sustaining environment. Today, Ribnik is a municipality that has a clear perspective of economic, cultural and environmental development.